How to make this paper ladybug 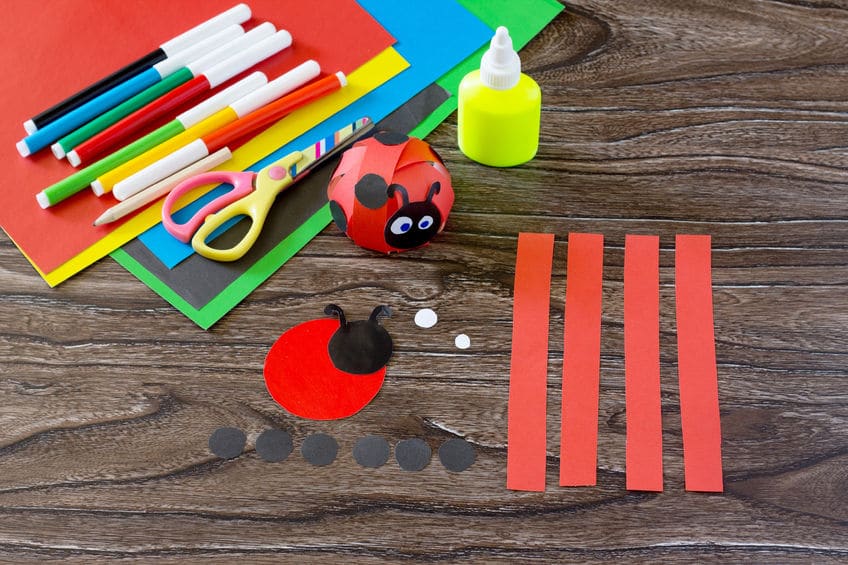 Then take the four red stripes and fold the ends of each strip over 1cm maximum. 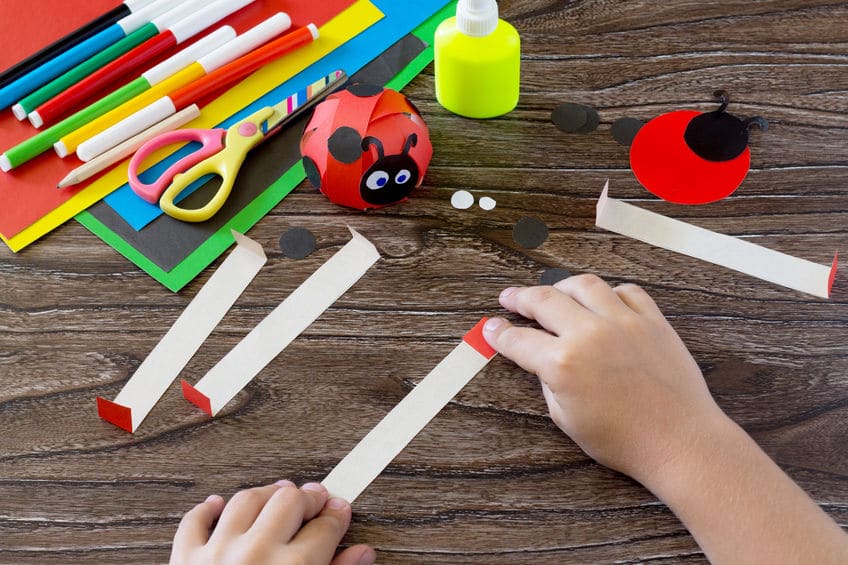 Put some glue on the tabs you folded… 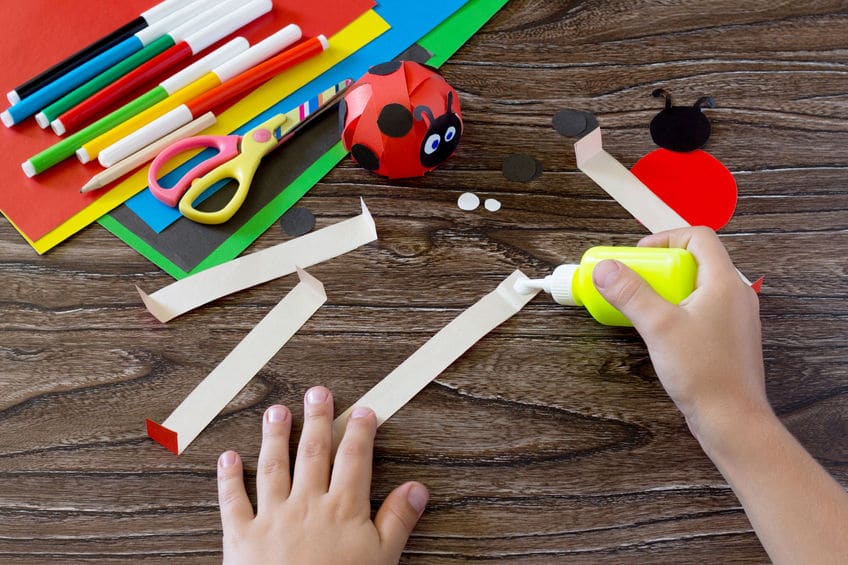 … and stick the tabs under the big red circle (the base), as if you were making little bridges. 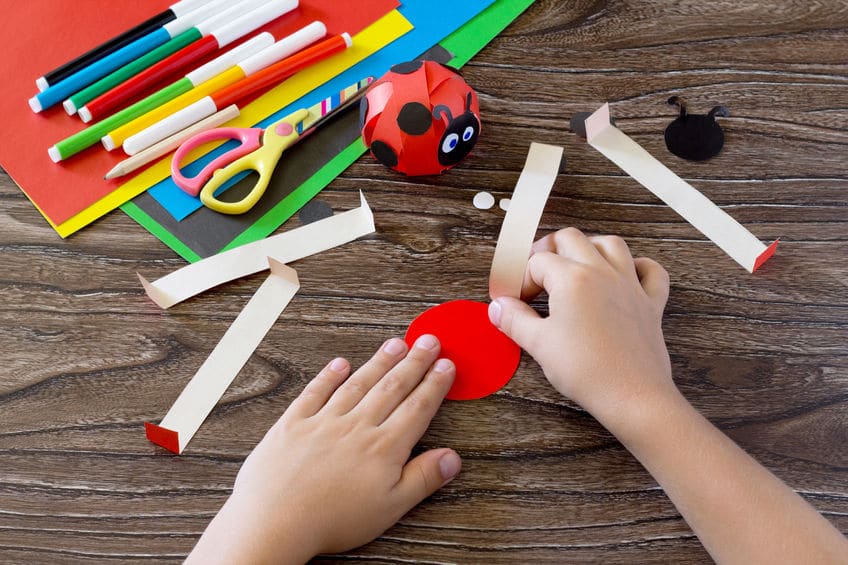 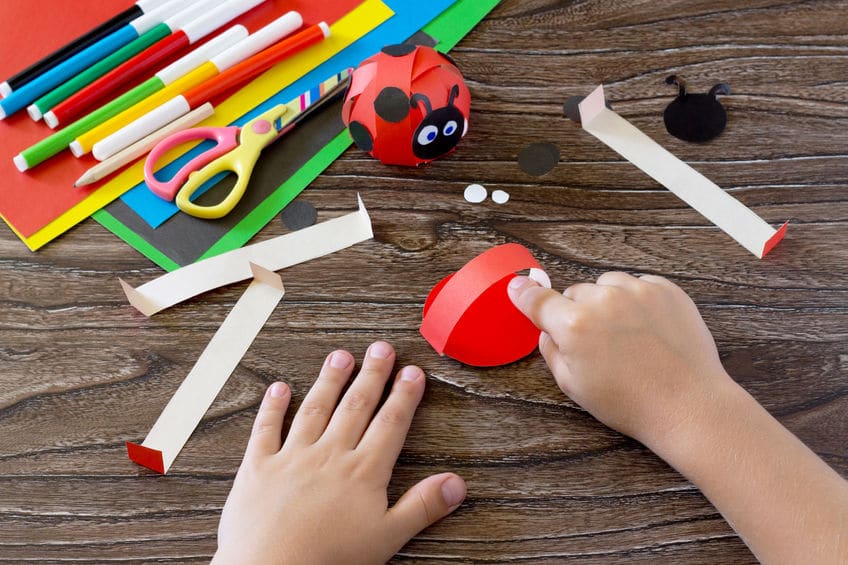 Then take the head of your paper ladybug, glue the two small white circles to make the eyes, and draw two small circles with a blue marker (or another color) in the center of these two white circles. 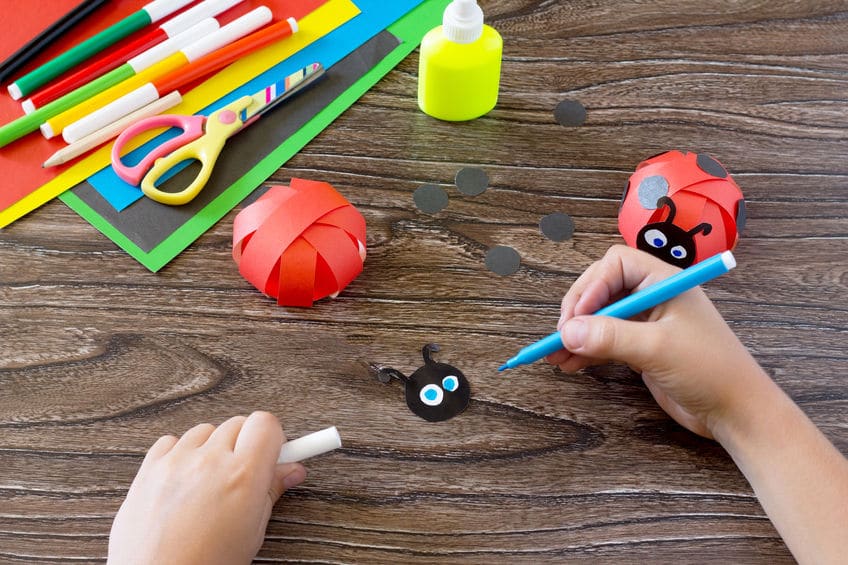 Glue this head to the body of your paper ladybug. 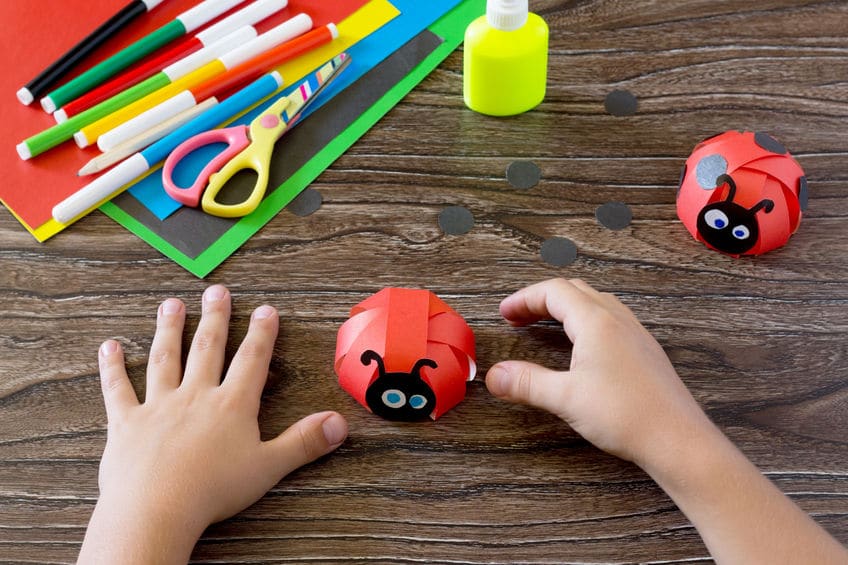 Now all you have to do is stick the black dots on the ladybug’s body.

Your paper ladybug is now complete! 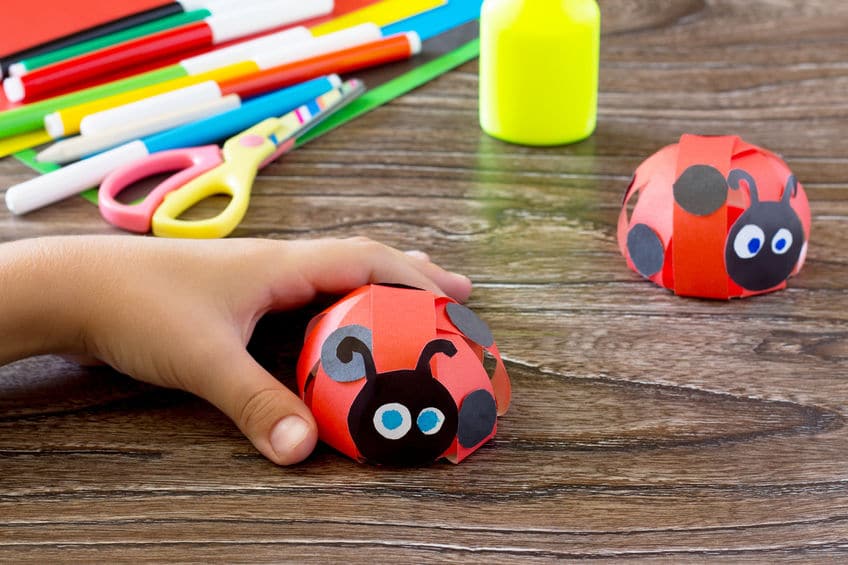 And to accompany this paper ladybug craft, a little ladybug story: Lucky the ladybug of luck

Do you want to know one of nature’s best-kept secrets? Few people know that the ladybug brings good luck. Even better, some ladybugs are like fairies from the insect world!

Only a small percentage of them receive the magical gift of sharing their luck in granting the wishes of other creatures. When one of these special ladybugs is around, the sun shines, the rain fizzes, rainbows are brighter and last longer, and the trees are greener.

Lucky is one of those special ladybugs. She is happy every day, for her gift of being able to help others. She brings good luck to insects, animals, and humans wherever she goes.

Once Lucky sat on a leaf in front of a colony of ants for an entire day. The ant colony was in a panic to find food to survive the coming winter. Food was scarce this year. Their queen was praying for a miracle. But Lucky spread his magic gift of luck and it wasn’t long before some lost hikers stopped and had a nice lunch right outside their anthill; while looking at their card again. When the hikers left, they left behind hundreds of crumbs, a half-eaten sandwich, and large lettuce and spinach leaves. The worker ants were going to have work and were going to be able to bring home more food than they needed for the winter.

When a storm suddenly hit the coast of Brittany one night, Lucky walked into a house belonging to a family. A mother and daughter worried that the light from the lighthouse wouldn’t be bright enough to guide dad’s fishing boat home. Lucky then spread his lucky gift and granted their wish. The beam of light became much stronger and brighter to their amazement, and the fishing boat quickly docked safely. When the young girl jumped into her dad’s arms to hug him, she whispered, “I saw a ladybug in the lighthouse. I think she brought us luck.”

Another time, Lucky spent a winter day on the wall of a stable. A mare was starting to work, and the vet was struggling to get through all the snow. The mare was very nervous. So Lucky shared his gift with the mare. The farmer quickly rushed into the stable followed by the veterinarian. The mare calmed down a bit and gave birth to a beautiful foal that day. The vet told the farmer how lucky he was because the snow was so deep that it was a miracle to have arrived so quickly.

These are just a few of the many stories of Lucky the Ladybug. So if you see a ladybug, don’t trap or harm it. She may bring you good luck if she is a special ladybug like Lucky, and your wish may come true.

Make your beautiful ladybug out of paper and put it on your windowsill, it may bring you beautiful things!

How to Turn a Tree Into a Gnome House